"Burials & Battlegrounds"
Late night encounters at the End of the World 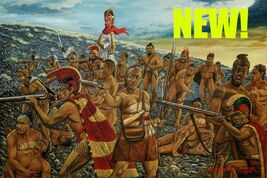 The Burials & Battlegrounds experience takes you on an evening investigation with one or more members of Hawaii's premier paranormal team, Kahuna Research Group, as you explore Kona's most haunted ancient battleground. Your guides include certified paranormal investigators and local historians who have experienced first-hand accounts of the supernatural at this location on numerous occasions.

Explore and embrace the history & mystery of Kuamo'o battlegrounds, where Hawaii's final civil war type battle took place, ending the ancient Kapu system once and for all. Walk along the ancient gravel path used by ancient warriors, investigate near the mass graves of Hawaii's final battle and hear about (and maybe witness) numerous accounts of warrior ghosts that have been reported in the area...And before leaving, bring healing to the area with a prayer of peace, sage smudge and closing ceremony.

NOTE: We must have a minimum of two (2) total guests to run the tour. Meeting location will be emailed to you at time of purchase.Your experience concludes with a cleansing white sage ritual before your guide sends you on your way. ​A personal TAROT card reading or a fresh plumeria lei are available as an add-on during the reservation process. 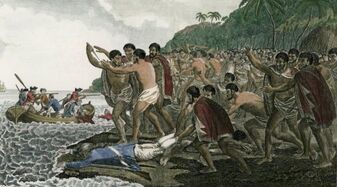 Meet up for an early morning hike down to Cook's Monument and attempt to make contact with the spirit of Captain James Cook, who was violently murdered on the shore overlooking Kealakekua Bay, known as the pathway of the gods. An "X" marks the spot where he was killed as well as another partially submerged marker indicating the approximate location. Great exercise and conversation to start your day and upon arrival at the monument take part in a paranormal investigation using a Spirit Box, Tri-Field Meter and other sensitive instruments at one of the island's most notorious and historical locations!

​Humble beginnings to national hero, Captain James Cook is considered one of history's best known and most controversial explorers. Cook's achievements in mapping the Pacific, New Zealand and Australia utterly changed our understanding of geography and proved him in the words of a contemporary, “the most able and enlightened navigator that England ever produced.” His use of surveying techniques, astronomy and timekeepers along with an insistence on good diet for his crew was radical and exemplary.

The people at that time thought Cook to be the god Lono upon his first arrival, which coincided with the Makahiki festival. Cook seemed to play along with the pretence but he and his crew seemed to wear out their welcome before deciding to continue exploring the Pacific, however Cook was forced to return just four days later because the Resolution needed emergency repairs to her mast. While docked for repairs, a small rowboat was stolen and when Cook tried to take chief Kalani‘ōpu‘u hostage in retaliation, the islanders became defensive and Cook was stoned, clubbed, stabbed and killed on February 14, 1779. After his death, the Hawaiians ritualistically prepared his corpse as they would that of a chief or royal member, meaning they preserved his hands in sea salt, then roasted the rest of his body in a pit before cleaning his bones of all the flesh. According to historians, Cook's complete skeleton has never been fully recovered and laid to rest, although a traditional burial at sea did occur, meaning his spirit may still have unfinished business...

Upon arrival at Cook's Monument, put specialized paranormal activity detection equipment to the test as you seek out the energy of any lingering souls, and wrap up your haunted foray with a cleansing white sage smudge. ​A personal TAROT card reading or a fresh plumeria lei are available as an add-on during the reservation process. 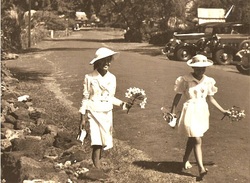 Not everyone is interested in the paranormal and we respect that. That's why we also offer a non-paranormal history tour.

​Take a step back in time on a daytime history tour through Kona. Visit and experience some of Kailua-Kona's most important historic sites, including a Hawaiian Palace, the first Christian church in Hawaii, a King's temple, and more. This is a history tour and does not include ghost stories.

Meet your guide and set out to explore Kailua-Kona's early origins and the wonders of Hawaii's mysterious past. Learn about rulers like King Kamehameha, who united all the Hawaiian islands, and Queen Liliuokalani, the last monarch of the Kingdom of Hawaii. As you explore, discover how Kailua-Kona went from a small fishing village to Hawaii's first capital city.

​Along the way, visit an ancient Hawaiian temple as well as the Hulihee Palace, the one-time vacation home of Hawaiian royalty. Step inside Mokuaikawa Church, the first Christian church in Hawaii, and see the Hale Halawaio Holualoa church, which is built of lava rock and coral. Stop by the 1928 Kona Inn with its famous red roofs, and pick up pointers on other great areas to explore from your guide, who has called this pocket of paradise home for more than 40 years.